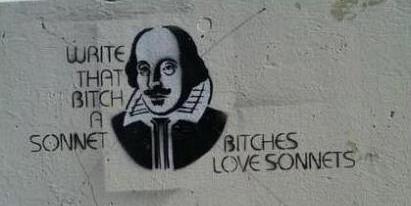 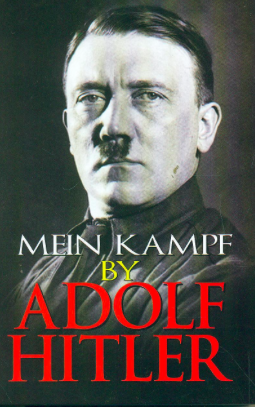 Since the election of Donald Trump as president of the US, and the rise of extreme right populists in other western countries, loose comparisons are being made with World War II fascist ideology and language.

To put things in perspective and gain more understanding of this complex yet important matter, going back to the influential essay The Rhetoric of Hitler's "Battle" - 'My Battle' being a translation of 'Mein Kampf' (1925) -, by American philosopher Kenneth Burke can be helpful. Burke, who was also a literary theorist, studied the persuasive component in literature.

Be aware that Burke wrote the essay for an American magazine in 1939, shortly after the English translation of Mein Kampf became available, but before he, or anyone, could contemplate what Hitler would do to the world in the years to come.

'The Rhetoric of Hitler's Battle' offers insight in Adolf Hitler's rise to power in Germany in the 1930's. The people of Germany were suffering due to falling industrial production and unemployment; they were longing for stability, and the possibility of greatness seemed far-fetched. When Hitler became Chancellor of Germany in January 1933, the first lines of his inaugural speech were:

“The misery of our people is horrible to behold! Along with the hungry unemployed millions of industrial workers there is the impoverishment of the whole middle class and the artisans. If this collapse finally also finishes off the German farmers, we will face a catastrophe of incalculable dimension. For that would be not just the collapse of a nation, but of a two-thousand-year-old inheritance of some of the greatest achievements of human culture and civilization …”

Throughout the years, using words as tiny doses of arsenic, Hitler fed people his plan back to greatness. The idea of unlocking a greater potential that was only being obstructed by some - a group molded into scapegoats - appealed to many. Much of Burke's analysis focuses on Mein Kampf. Burke identifies several important pillars or 'tropes' underneath Hitler's unifying rhetoric, a lot of which is based on Christian values - values people can identify with.

1. Inborn dignity
There is one archetype human being that is defined as naturally born with dignity, to which all others are inferior. This archetype is designed to appeal to the majority, where others - minorities due to their religion, ethnicity or politics - are abnormal, or even dangerous. They are inferior to the archetype, and existing prejudices are used to identify them.

2. Projection device
In a society under pressure, people start to question themselves. Their potential, their system, their values. Using a 'vehicle' to transfer your flaws to, is a simple tool to empower people: there is no internal inadequacy, it's all the fault of an evil enemy. By creating a scapegoat, or several scapegoats, self-doubt is eliminated and a joint cause is created: if we battle the scapegoat, we can be great again (no pun intended). By simplifying problems and offering clear-cut solutions, getting rid of the scapegoat becomes a plausible strategy for the benefit of a greater goal.

3. Symbolic rebirth
If you acknowledge your own greatness, and the obstruction of the evil 'other', you have a goal. With a goal comes the willingness to battle, jointly, for a better future for the benefit of your children. The reward for doing this - fighting for a common goal while facing difficulty and opposition -, is some kind of promised land. A place for the benefit of all - that remain. Instead of focusing on your own morally flawed statements and actions along the way, these become justifiable means to an end: a place where the morals of the majority will be back in place.

4.  Commercial use
To get back-up (and literally: to get funding) for this strategy leading society back to greatness, an important pillar is providing noneconomic interpretations of economic problems. A distraction of what's really going on, in order to find support for the battle. Some kind of false competition that explains it all. In 1930's Germany, economic difficulties were attributed to Jewish moneylenders, suggesting that if they were removed, "German" or Aryan finance would rightfully be back in control.

Simply comparing current affairs to fascism leading up to and in World War II, without providing the well-built structures behind it, is mostly unsatisfactory, offensive and leaves the reader without a tool to battle the rhetoric and toxic ideology that is being used. Each time we do this, we leave an opportunity to understand the implications of what's being said, and we facilitate the road towards normalization of this ideology - which is usually the exact opposite of our intentions. In most cases it means an end to a discussion that, now more than ever, needs to flourish in public discourse.

It is recommendable, if not a must, to have knowledge of the instruments that are being used to lead people down a sliding moral scale. In language lies the power of persuasion and even manipulation. Instead of muzzling people or calling for censorship, we should unmask their rhetorical tricks with knowledge, and unravel the implications of what is being said, leaving them harmless.

The full text of Burke's essay can be found here: http://www.csudh.edu/ccauthen/576f12/burke-kampf.pdf.

The Rhetoric of Bill Clinton